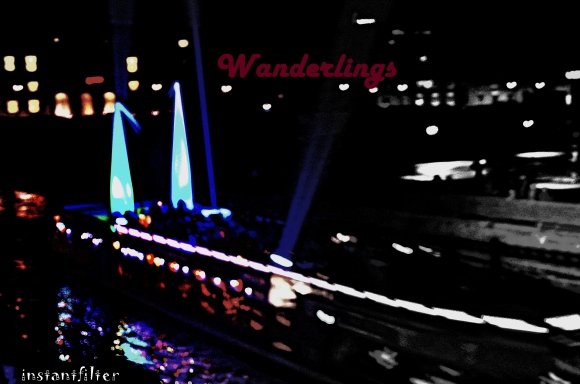 Incorporating the pop-swing sound first pioneered in the late 50’s/early 60’s, which has now evolved into what we call ‘easy-listening, the band in highlight this week is ‘The Wanderlings’ from Nottingham, Britain. Dreamy music, vocals crooned in a lazy haze and videos which refreshingly have ‘what look like real women’ instead of the stick figures that adorn most of today’s media, the experience of listening to them is like taking a trip down memory lane, when things were simpler, prettier, realistic and somehow more enduring.  Sit back and let the sounds waft through your senses:

And also enjoy the voluptiousness in:

When I read the words ‘Shoegaze’ in the Genre tags, I said to myself : ‘It has been a while! ‘ . Maxwell, a musician from Long Island sent me the link to his album ‘Strange Being’.  After hearing the tracks, I have to say it brings back memories of The Cure and surprisingly, the earlier works of The Smashing Pumpkins from their Siamese Dream and Machina Albums. The sound apart from being mostly shoegaze also incorporates  other sub-genres like psychadelic rock, dreamy-synth and chillout . All this is only the beginning until you listen to the vocals, which are smooth, crip and one of the better voices I’ve heard all year. The melodies are haunting, catchy, and don’t ever jarr your ears by overdoing the distortion effects, which some bands go haywire with these days. The lyrics are well-written, meaningful and stuff you can relate to. To sum it up this is collectively an accomplished piece of work by a very talented musician\song-writer\vocalist. It looks like he is severely underrated\under-valued at the moment and if this were a stock on the stock-exchange, I would pick it up now and enjoy the billion dollar returns later. Ergo, the stuff is legitimately downloadable for free at: Bandcamp (smaller file sizes here) and Soundcloud .

I had a hard time choosing which ones to share as the whole album sounds too good, but here are the Top of the Tops: