Bristol(UK) based Dan Brown, who goes by the name Macatier and whom we featured in our days of relative infancy has released his first EP a week ago. The songs have all been redone/re-edited/re-mastered and sound much crisper than the earlier uploaded versions. The genre is still upbeat-acoustic, so somehow this product has remained free from all the electronic adulteration, which is a welcome change from the mainstream sound of our times

Now as for the EP, it starts with the groovy, head-bang friendly Boxing Clever, which is reminiscent of the music of John Butler Trio from down under. A solid start, which moves on to the evocative ‘Make it Fast’ which is in the similar ballpark as  Eagle Eye Cherry or Smashmouth or even Barenaked Ladies to an extent. After this, it moves on to a couple of songs which are a bit like the good ones from Matchbox Twenty’s earlier works (Mad Season and earlier). Although he does not quite have the baritone of a Rob Thomas, the voice is strong, has a good range and a distinctive identity. Plus, he is really young and the voice will only get deeper with time. As for the finish comes the lyrical ‘Write Words, Write Time’, which has a strong rhythm and the wonderful line ‘It paints me as I am’ in it. So without further ado, listen to the EP and download it legitimately yourselves from here.

My personal favourites from the EP:

Hiding in plain sight: this also inspired my album art attempt posted above ;). 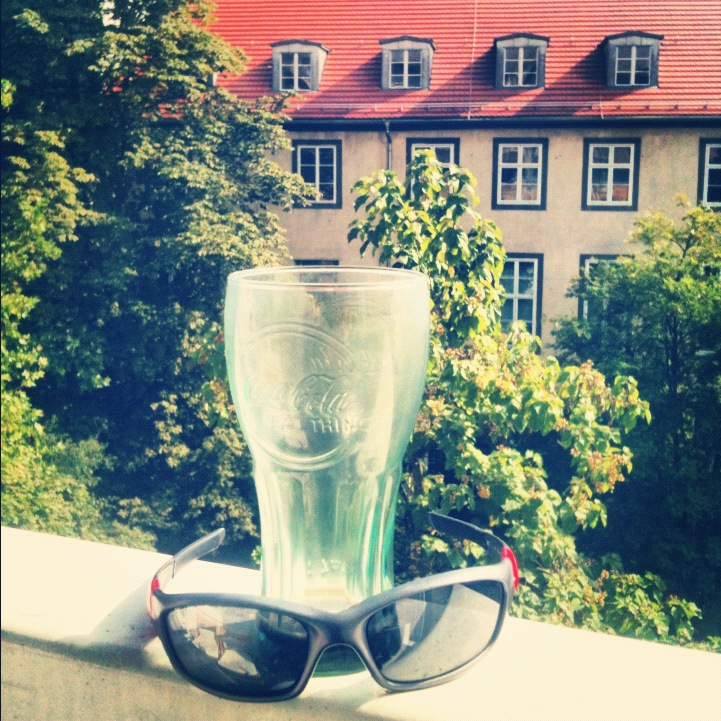 Its a few degrees higher, the sun is out, the birds are chirping, bees are buzzing and I am nursing the ‘lack of a hangover’, for the lack of a better word/phrase. Had only one pint of beer last night! The combination of extreme humidity (by Berlin standards) and virtually no alcohol (by my own standards), made it a night of uncomfortable, disjointed sleep. Consequently, I don’t feel my best and brightest and might just spend the day lying around, daydreaming and sipping choco milkshake in the complimentary Coca Cola glass (1994 edition) from McDonalds, features in the pic with Oakley shades  (Shameless product placement I know :)). Don’t really need a tan (am almost dark by European standards), so no motivation to as they say ‘Soak it in’. In the meanwhile, surfing soundcloud I came across this track by this US base band called ‘The Airplanes’. It fits my situation for the moment perfectly. The drums and the warped sounds in the middle are an absolute delight. I don’t know how I missed this one for so long ( a month). However here it is:

As always, if you like what you here more songs of theirs can be found on their soundcloud/bandcamp pages. All of their stuff is absolutely delightful (eargasm stuff) and  legitimately downloadable for free but you can also pay them what you wish to on bandcamp (I recommend that) 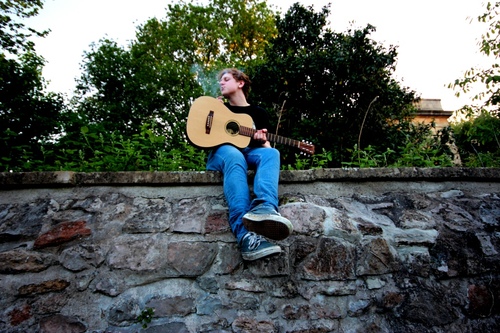 Fresh on the Indie scene is a very promising upcoming talent : Macatier, from Bristol, UK. Macatier is actually Dan Brown, who just turned 21 about a week ago and writes, sings, plays on his own and aspires to write and play ‘half as well as Ben Howard does’ Having recently played at the Red Bull Studios in London, his music has a loyal and growing following on all his social networking sites and I do believe that better things are in order soon. The sound is described by him as ‘Upbeat Acoustic’ (which fits fairly well) and I particularly liked the following tracks:

1) Boxing Clever: A very good tempo like some of John Butler Trio’s earlier work on display here. Makes you wanna sit back, relax and nod your neck vigorously at the same time. Not a good idea for the spinally challenged but who knows, a right shake might fix stuff doctors can’t ;). Box Clever, duck better ;)!

2) Drinking in LA: I didn’t expect to but was pleasantly surprised by the accomplished writing and vocals in this one. I think Ben Howard would be proud of this one 🙂

Well all his songs are also available for legit downloads on his soundcloud page: http://soundcloud.com/macatier

He also has a facebook page which I recommend you should follow as info on events and venues for his live performances are updated there: https://www.facebook.com/macatier

So, enjoy the freshness, intensity and sheer rawness of his work. Attend a few events, give a few likes, spread the love!