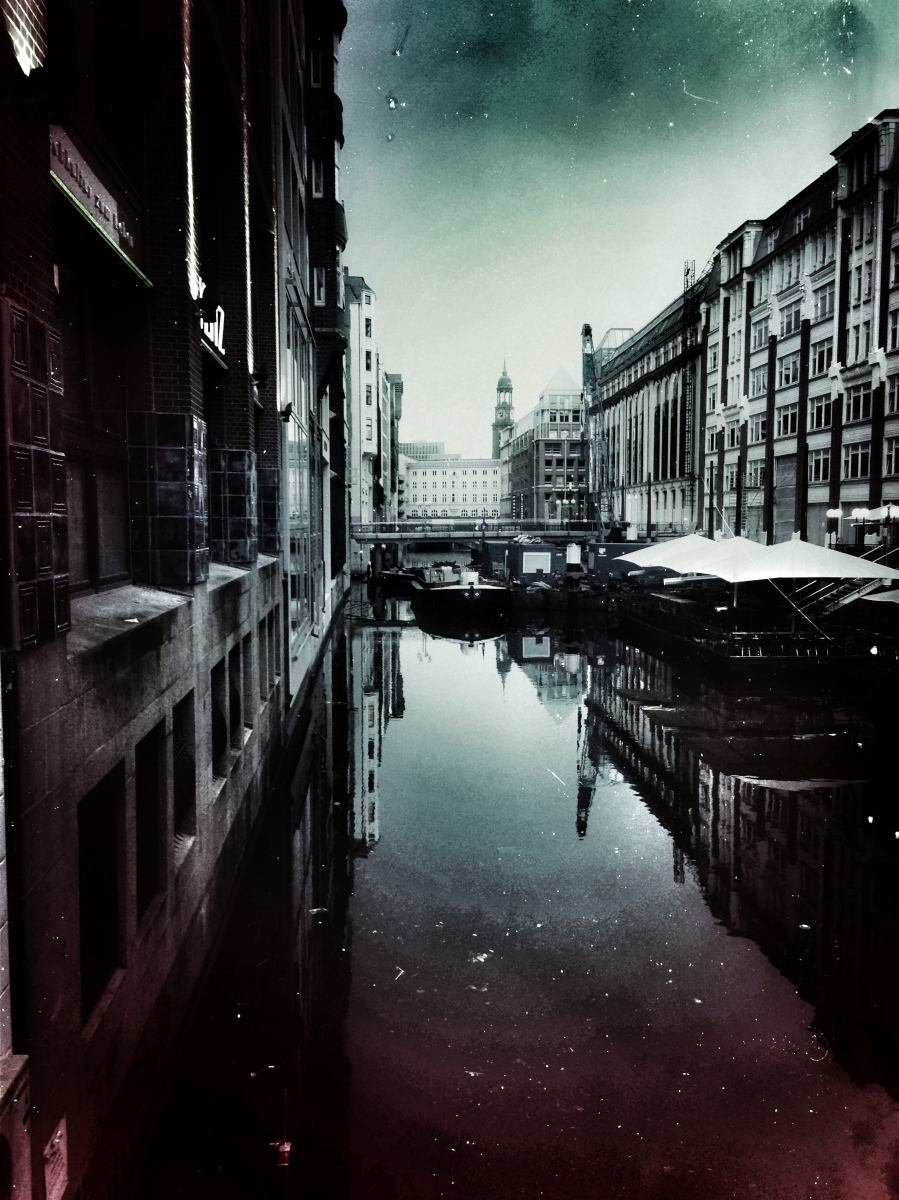 And then comes along an album so deep, so personal, riffs that mirror your deepest darkest worries, words that eloquently phrase your underlying angst, notes that hit the perfect highs and the perfect lows at the perfect moments.. Interior City by The Gabriel Construct is all that and much more. And like all noteworthy albums , that are worth listening to because they are albums and not simply a collection of singles, this should be heard continuously in one go. It is a story and one that can have many interpretations for the listener because it is so relevant in so many contexts.

A bit about the wonderful bunch of people who given so much joy by creating this World Wonder: The Gabriel Construct’s debut album, Interior City, was released on April 5, 2013! It is a dark and atmospheric concept album written and performed by Gabriel Riccio and featuring Travis Orbin (ex-Periphery, Sky Eats Airplane, Of Legends) on drums, Thomas Murphy (ex-Periphery) on bass, David Stivelman (ex-Debbie Does Dallas) on guitar, Soren Larson on saxophone, and frequent collaborator Sophia Uddin on violin. It was engineered by Garrett Davis (Train, Shinedown, The Devil Wears Prada) and was mixed and mastered by Taylor Larson (Periphery, Sky Eats Airplane, Life on Repeat).

It starts of with the brilliantly understated ‘Arrival In a Distant Land’. The story, according to the band is about the dawning of a person’s awareness shortly after their birth. But for me it is metaphorically more about beginning to accept a situation in which you find yourself without any control or contribution on your part. It could be a choice that you would have made anyway, but the fact is that you didn’t and so you begin to cope. This then moves on to my personal favourite from the album ‘Ranting Prophet’. I say favourite (in a creme de la creme way) simply because this has to be one of the best put together tracks of all time. So many diverse influences from traditional arabic to cool over the bar jazz, from an 80’s Genesis drumbeat to King Crimson.. a plethora of musical instruments (but naturally) and a very unique and powerful vocal style to boot and still sound so coherent and beautiful. Applause! The story is about basically everyone around the central character coping with situations and life in their own ways. So even though you may be lonely, you certainly aren’t alone, at least not in misery. As every method of escapism is unique , the diverse styles used in the track are fully applicable given the context and that they harmonize so well together kind of shows us that somehow things do add up to create something that can be perceived as beautiful, albeit in a melancholic way because there is no real happiness in the escape. The next track called Fear of Humanity, and is the Soul of the Album which describes the main character’s worldview. A solid track , very powerful and sung with so much pain, it might become your cocoon. Then we have ‘My Alien Father’ which lends a bit of perspective to where the paranoia of the protagonist (for lack of a better word), stems from. His father is mesmerized by alien theories and if he protagonist’s own world view wasn’t depressive enough, he has ‘The War of the Worlds’ to worry about too. The next two tracks Retreat Underground and Subway Dwellers complement each other beautifully, musically and lyrically. The pacy Retreat Underground mirrors the panic certain anxieties manage to conjure and then when you are well within your retreat or your escape you can catch a breath and make poignant observations about the world and the people around you. Subway Dwellers, is a slow slightly poppy composition and the way the previous track leads into this one is sublime. From this subway of observations and inner protests, the next track transports you to a highway of dreams. Defense Highway deals with being lost in memories of the past as a defense mechanism to avoid waking up to the present. You can hear influences from Failure, drum-n-bass, barbershop quartets, Debussy, and more in this 10 minute song which alternates between full band sections and stripped down interludes (mostly solo piano). Thanks to the song’s frequent tempo changes and numerous sections in free rhythm (which are thus of indeterminate length), it had to be tracked in multiple chunks and somewhat out-of-order. Inner Sanctum, which follows this one, deals with giving in to your inner self, giving in to life or giving in to something. Something that keeps you away from the madness you don’t want to deal with, for the time being at least. This is followed by ‘Languishing in the Lower Chakras’. For the uninitiated, Chakras are a Hindu concept and deal with the new agey wellness ideas(ironically coming from the oldest religion in world). Healing your lower chakras is supposed to give you a sense of safety, boost your creativity and give you more power. The track seems to convey this. It is mainly instrumental with some voices , seemingly on the outside, when the protagonist is still hiding from them in his inner sanctum. At the very end, as if to show that there is some healing that has taken place he screams ‘Get me out of here’ a few times. And the album ends with the powerful ‘Curing Somatization’. This is sort of the ‘destruction leads to a very rough road but it also breeds creation’ track of the album. It is a struggle between the forces that beckon change and the forces that want to stay the same. St last he breaks the shackles of his burdenous comfort zone and is finally free. Now the album:

One thought on “The Gabriel Construct: Interior City”