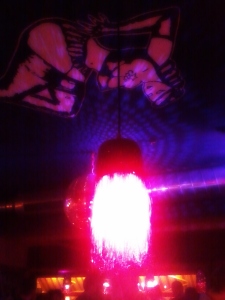 This post will re-introduce Mr. Martin McCluskey from Port Glasgow, Scotland. And true to the flow of the region he comes from, he goes by the artistic name of Filthy Clyde. I guess the Clyde isn’t really filthy (with Scotland and their awesome whisky collection, the water might taste like a diluted Whyte n Mackay at worst and a Lagavulin at best). So the filth may be more metaphoric as are the songs from this supremely talented and absolutely original artiste. The music has a folksy vibe, the lyrics are satirical and humorous in a dark way. I cannot really think of influences except may be the Canadian band ‘Corky and the Juice Pigs’ to an extent. It isn’t catchy and it may not always follow a pattern, but largely this music, like a good Single Malt, is acquired taste. As a true connossieur of the great stuff, I love it: